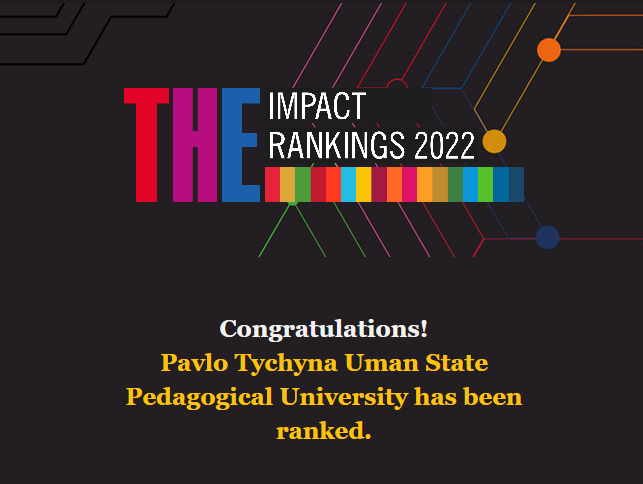 The Times Higher Education (THE) ranking is considered one of the most influential global rankings of universities. The ranking was developed in 2010 by Times Higher Education in collaboration with Thomson Reuters as part of the Global Institutional Profiles Project and replaced the popular World University Rankings, which has been published since 2004 by Times Higher Education in collaboration with Quacquarelli Symonds. In turn, Quacquarelli Symonds since 2010 publishes a ranking of the best universities in the world called QS World University Rankings, which is also considered one of the leaders in this field. 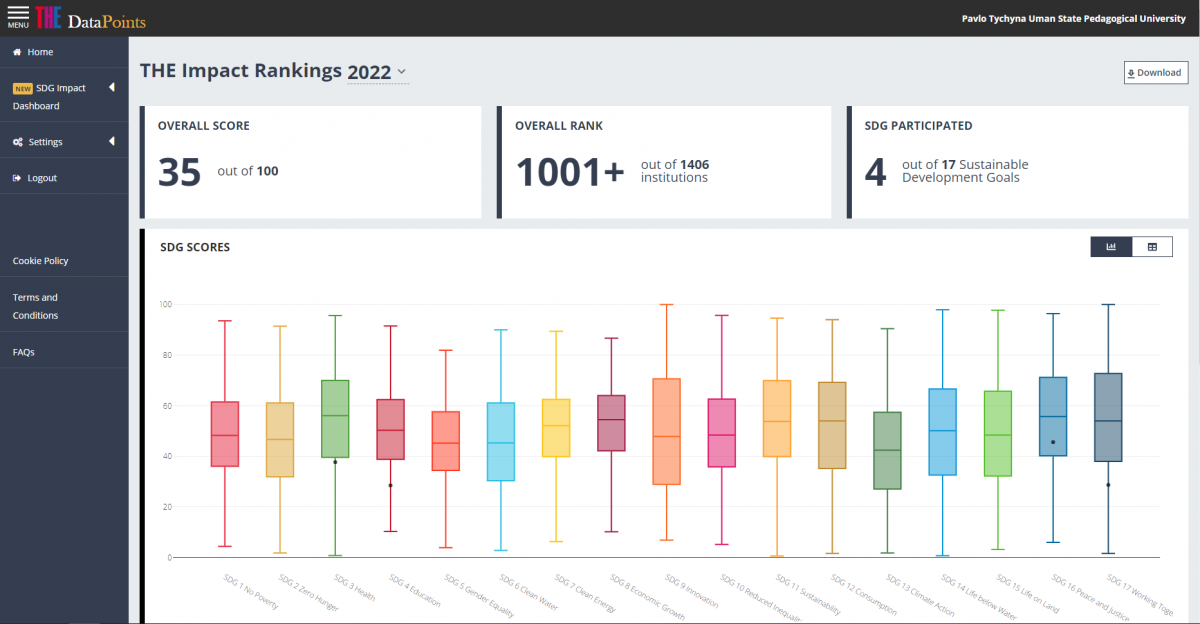 The level of achievements of universities is assessed on the basis of the results of long-term statistical analysis of their activities, as well as the results of the annual global expert survey. The selection criteria for the survey is an analysis of the activities of higher education institutions, consisting of 13 indicators. The main criteria for evaluation are: international student and teacher mobility, the number of international scholarship programs, the level of research, contribution to innovation, citations of scientific articles, the level of educational services, etc.

At the initiative of Rector Oleksandr Bezliudnyi and Vice-Rector for International Relations and Strategic Development Volodymyr Mykolaiko, in early 2021 work began on preparing an application for admission to the international ranking. THE Impact Rankings are considered to be one of the most complex pre-entry rankings and the most comprehensive in terms of information gathering. This underscores the enormous amount of work, long-term, painstaking teamwork that the International Relations Department has worked on with the university's faculties, institute and departments.

By joining THE Impact Rankings 2022, the main goal of which is to promote and competitive universities in the global educational arena, our university has the opportunity to expand its international educational and research cooperation, realize academic mobility for students and faculty, and most importantly - invite foreign students to study, competing with the world's leading institutions.