INTERNATIONAL MOTHER LANGUAGE DAY - THE BASIS FOR THE NATION UNITY 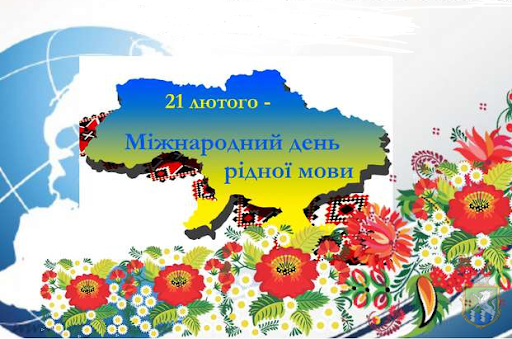 On February 21, representatives of all nations and nationalities celebrate the mother language day. The International Mother Language Day was proclaimed at the General Conference of UNESCO on November 17, 1999. The main declared goal of the International Mother Language Day is to promote the linguistic diversity of the world and to stimulate the study of foreign languages by the population of different countries. In addition, UNESCO has called for the rapprochement of cultures and their active interaction, in particular, in language issues, as languages are considered an important tool for the development of the spiritual heritage of the planet.

Of the thousands of languages that exist on the planet, the most expensive for each is his native language. Historically, Ukraine has become a homeland for many nationalities. Therefore, the task of each of us is to promote and support the development of linguistic and cultural diversity of our nation, to promote the solidarity and tolerance that have been inherent in Ukrainians for centuries.

Ukrainian is one of the richest languages in the world. We inherited a rich, developed Ukrainian literary language. It can express everything: from the most complex terms to the subtlest shades of human feelings. Native language is a priceless and inexhaustible treasure trove of folk wisdom!

So let us respect and love the native language, take care of it, reveal to ourselves its greatness and powerful power. Let's keep it in all its wonderful beauty for ourselves and future generations! May the mother's word be for us a spiritual source and a talisman of life.

Good, peace, happiness and new achievements for the benefit of Ukraine!